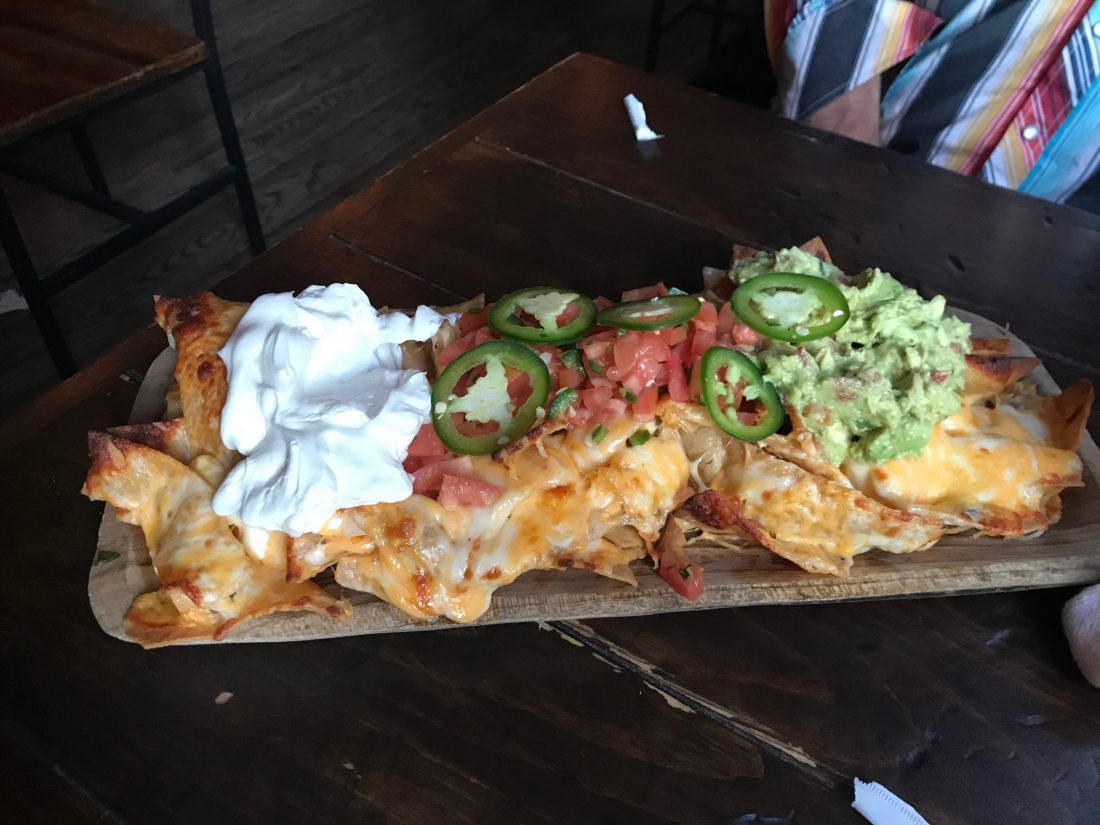 The Gem Saloon was inhabited by a guffawing diaspora of puffy-vested Friday-night warriors and three of their female co-workers grinning bravely over the top of vodka & sodas in the vain hope that a fire would break out at any moment, forcing an immediate evacuation so they could curl up in safety on the couch in front of a re-run of Glee. To their disappointment this did not eventuate and they may very well still be there.

We ordered the “Classic Nachos” without any of the proffered toppings of chicken or beef chili. Firstly, chili on nachos just turns the meal into a corn slushy. And secondly, chicken should only ever be ordered at a bar if it’s breaded and deep fried. My mildly hysterical brother was in high spirits and when asked if we were sure about our order, went on a rant about impersonating the Greek crooner Yanni on a cruise ship in his youth and spending the rest of the journey confined to his room. Our server made some cryptic hand signals in the direction of a concerned but beefy co-worker partially hidden behind a fake fern.

The nachos arrived on what appeared to be a child’s surfboard, a gigantic length of heavily cheesed chips smothered in the glorious trio of guacamole, sour cream, and pico de gallo. Fresh jalapeño were dabbed carefully across its luxurious slopes. We sat in stunned silence, turning the “plate” in various directions to soak in the wonderful view. We plowed in, a litany of festive noises erupting from these nachos impresarios, my colleague becoming much infatuated with how far he could stretch the wonderfully generous melted cheese, and at one point, standing 12 feet away clutching a chip attached to the plate by a steaming rope of dairy. Little did he notice he was standing next to the fake fern, where a pair of watchful eyes observed his unusual antics. I beckoned him back. He returned.

These nachos were a fun experience for sure. The chips were housemade and were of all sorts of shapes and sizes, crunchy and nearly all had some kind of browned cheese adhered to its surface. The chips lacked salt, though — and it would have made a huge difference. The pico de gallo was very bland and really just seemed to be diced fresh tomatoes. The guac was great. Garlicky, salty lemony and such a generous amount that it lasted throughout the meal.

But after the initial thrill there lacked a depth of pleasure to the meal, there was no zing and zap really, and mostly a nice crunchy, cheesy, creamy experience. And despite the well melted cheese, the meal was actually rather lukewarm in temperature. These were definitely “drinking” nachos and they were certainly a fun meal. But in some ways they were just a little basic, perhaps the kind of nachos you’d make at home for Super Bowl to impress your friends. A little more attention to details could have elevated them to great nachos. Perhaps we should’ve rolled the dice and tried the chili. It may have been a wise choice to give the plate some depth of flavor. Next time!