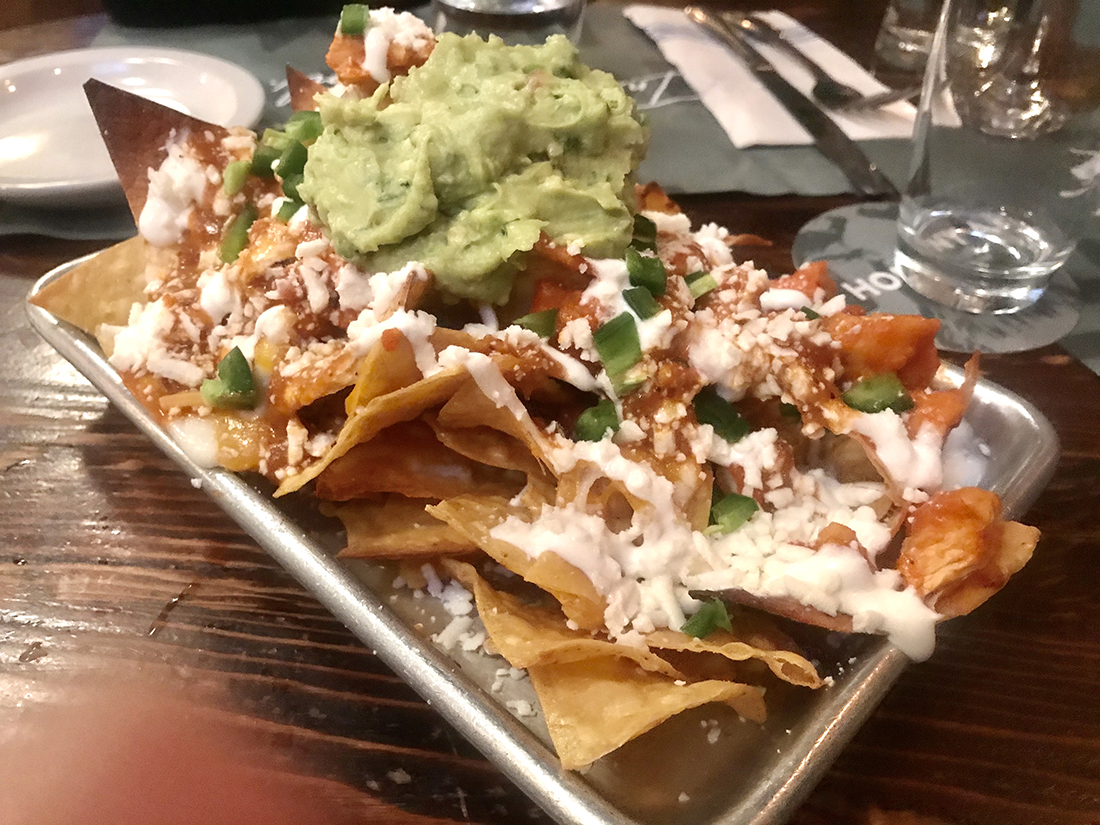 The Nachos Brothers wanted to make this week’s excursion extra special so they invited along Riff and Emily, two of the loveliest people in the world and noted nachos enthusianistas. Tonight we hit the Horny Ram on 2nd ave and the place didn’t waste time making a bad impression.  Upon entering one was immediately struck by both the odd atmosphere and equally strange décor, almost like the cafeteria at a modestly upscale nursing home. Grey walls and elderly men sporting cashmere sweaters and beige pants pouted quietly into unremarkable looking cocktails whilst regaling disinterested women half their age with their tales of financial success and the stories behind their yacht’s middle name.

We were ushered to a tightly wedged table in a corner, where one of our guests was expected to sit on a stool that left him towering over us, doing little to alleviate the strange unease permeating our little group. We quickly ordered the buffalo chicken nachos as this was the only variety they served. Our server was very polite yet slightly uncomfortable, and like us, trying hard to avoid the cavorting of the muscular manager whose acid wash jeans had been sprayed on with gusto, leaving little to the imagination and providing my first urges to escape our predicament. We prayed the nachos would deliver. We sat quietly and awkwardly, sipping our rather poorly executed cocktails. But soon the ‘chos arrived with a spluttering lack of grandeur, as a tiny tin tray landed on the table with a slight tremble and a quiet apology.

I’m going to keep this short because even the memory of this experience is giving me the heebee jeebies. Cubed chicken. Yes, there I said it out loud. It was cubed chicken in a drizzle of lazy and unremarkable buffalo sauce, scattered amongst the store-bought chips and a slim-to- nothing layer of cheese. The guac was ok, yet, seemed like some kind of accident. Maybe it was made next door? These were so half-assed it is an insult to asses. (Apologies asses!)

We reluctantly chewed the salty and banal chips whilst doing our best to avoid the cubed chicken which was soon piling up in the corners of the tray, like little soggy sad Tetris orphans, their gooey sauce pooling dolefully with an inaudible weeping as they suffered their last moments under the glaring disdain of the Nachos Brothers and guests. A resigned silence sat over us as we contemplated a half-finished tray of nachos that would’ve been maybe a full meal for a hyperglycemic 5-year-old. That’s if it was edible…which it was not. Left alone in the back room, we pressed our minds together in the hope we could get the attention of the waitress who was enthusiastically scarfing down something I suspect she brought from home. I suggested we go somewhere else for another plate of nachos. This was received with a hearty agreement.

So I’m going with the exquisite Emily’s wise and astute perspective. And we three moved from our chairs and stool onward to our next nachos adventure…