By Nachos Brothers February 29, 2020 No Comments 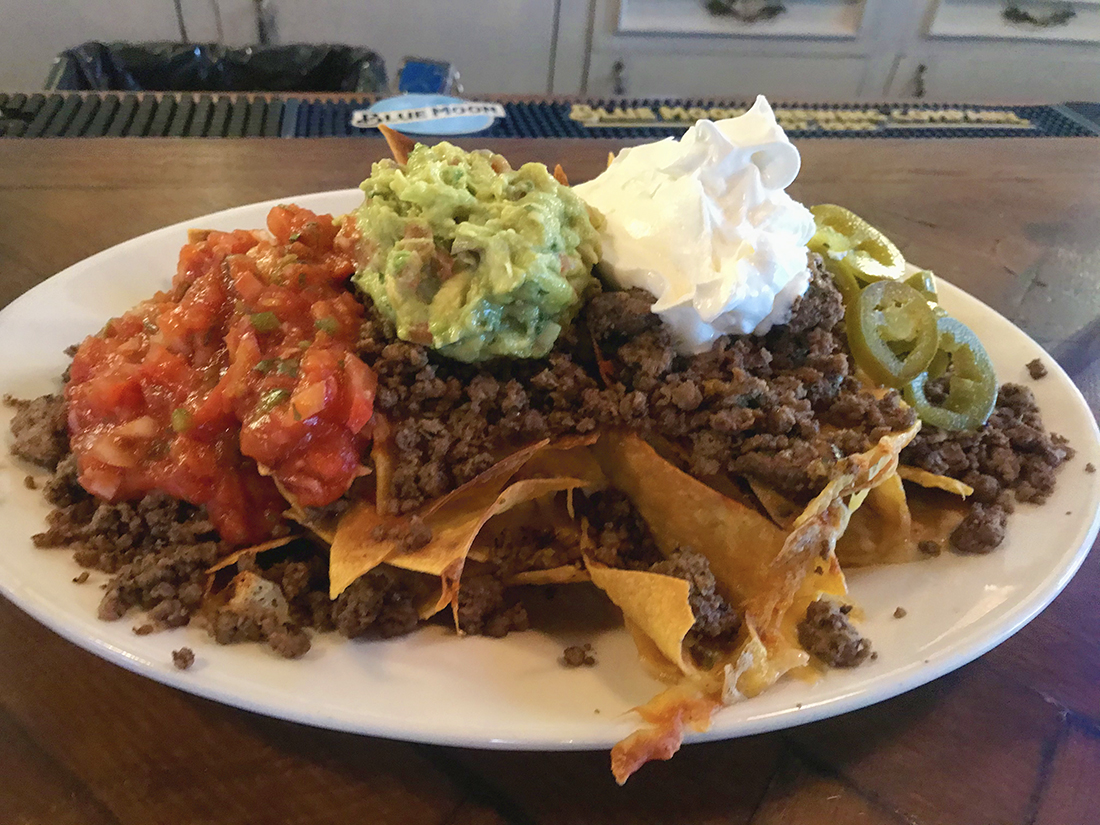 My esteemed partner was in quite a mood on this fair nachos Friday at Phebe’s. Bedecked in a bespoken houndstooth headband and a small button pinned to his elbow that simply read “ants!”, he was bellowing and using exotic hands formations to declare that “The Party” was Peter Sellers’ best movie. While a fan of that performance, I parried with learned gusts and pronounced hip thrusts that Sellers’ performance in “Being There” showed his remarkable acting abilities in a curious and profound role that would stymied the most elite actors. The sound of our nose hairs rustling in disapproval at one another was both deafening and affecting. I feared if the noisy nostril flaring continued, The Nachos Brothers would have either been tossed out or offered partial ownership.

Fortunately before we could find out, our order of nachos arrived. Our passion for our Peter Sellers’ position was quickly cooled and replaced with a childlike glee, much like when President Trump sees a Burger King next to a strip club. It was a glorious spectacle: crispy chips amply painted with Monterey Jack and cheddar cheeses, a proud umbrella of jalapeños (or is its group classification a “nipsey of jalapeños”?), and all topped with heaps of sour cream, guacamole, and pico de gallo. Since the last couple no-meat orders were lacking a flavor punch, we took a chance on the ground beef. And it was applied with gusto, a formidable blanket of browned pearls covering the plate from stern to bow. We dug in with such ferocity that it made the bartender abandon good judgement and sneeze in her hand then talk about how she’s not feeling good…which with the tecatevirus is a combo EVERY PERSON wants to see and hear from their food server right now.

Almost immediately the appreciation for this comely offering of nachos was stunted. While the cheese-on-chip ratio was exceptionally high, the ground beef lacked flavor. When I say “lacked” I mean it had none. Zippo. Devoid of taste and any flavor. If there was no or a little beef on the chip, you were fine as the other ingredients stepped in for a rewarding bite. Yet any chip that came with a good heap of beef was like serving a community service where you were on the top of a beautiful hill with a glorious view of a magical expanse yet you were there to clean Porta Potties. Just wasted beef that brought the whole experience down. My esteemed nachosmate suggested that their lazy asses could’ve simply run to Trader Joe’s down the block for some taco seasoning that would’ve elevated this plate to a considerably higher level. (While he may have questionable movie views, his take on enhancing nachos is unmatched) Because the guacamole and pico de gallo were both fresh, expertly done, and flavorful. The chips were well seasoned and the cheese mix was lovely. But the beef was both bountiful and blahtiful, thus making it and the whole order of our cherished dish less satisfying…much like “The Party” is to “Being There.”