By Nachos Brothers November 7, 2021 No Comments 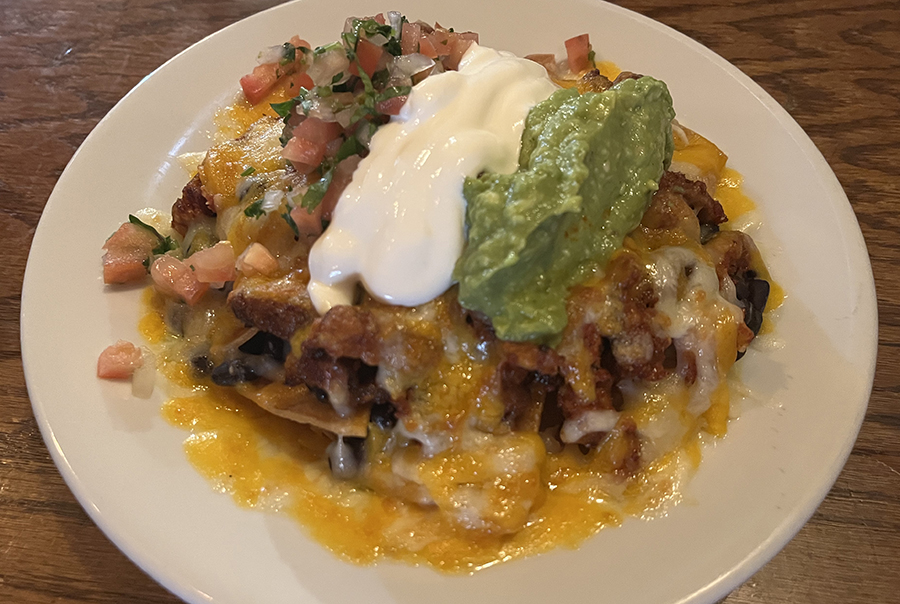 It has been 18 months since the Nachos Brothers had pushed their way through the doors of an establishment to investigate their nachos. For myself, I had spent the previous months in solitude striving to attain enlightenment with the help of a miniature Doberman called Simon, and a collection of late 1950’s milk-churning figurines. My esteemed nachos brother had been rudely awakened by my calling to announce our return, and he refused to comment on his whereabouts, but I couldn’t help but notice the jaunty moustache and carefully manicured hair that lent itself to suggest he was now quite an accomplishment harpsichord player.

Our renewed quest begins at Purépecha, a Cobble Hill restaurant curiously named after a difficult Mayan sexual position, which gained much press as the main inspiration behind the seating design for the Challenger Space Shuttle. Unfazed we took a deep breathe, entered, and announced ourselves loudly and confidently to …a completely empty restaurant. A tired young man shuffled over and mumbled a request for our vaccination proof before directing us to an empty hand sanitizer dispenser. My nachos brother angrily shook the stand pumping with a gusto normally seen when the Marx brothers are filling a hot air balloon.

The nachos offered the usual toppings of guac, pico de gallo, sour cream etc, and our server enlightened us with a baffling list of extra toppings, meat, vegetable and otherwise. We had to ask him to run through it again, before choosing marinated pork. It didn’t state if it was cooked or not, but we had our fingers crossed.

In very short time, perhaps helped by ourselves being the only customers, the meal landed on our table with a slight “chink.” And I say slight, as the plate was remarkably small, perhaps something on which one would serve a cup of Earl Grey Tea. Extraordinary. I guess these heathens assume nachos is only worthy of appetizer-izing. They looked good though, if one leaned in for a better view, otherwise the Lilliputian aspect of them was not overly appetizing. We could see immediately that the chips were homemade, and the toppings were in correct proportions. And the marinated pork had indeed been cooked.

Our first mouthful left both of us a little startled, and in unison we said “Can you taste cinnamon?” Yes, a very strong cinnamon taste in the cooked marinated pork. Not overly pleasant, but we soldiered on. Grunting and also discussing climate change and the margin for error in performing CPR in a Moroccan cul-de-sac, we soon realized we weren’t particularly enjoying our nachos. The chips were nice and crunchy but on getting past the top layer proved to be incredibly greasy, literally sliding out of our hands into an ever-growing pool of duck bill-orange oil in the bottom of the plate. The cheese was not distributed at all through the nachos, and the strangest thing was the guac, and sour cream both tasted the same, like nothing.

It was all a little infuriating. Despite their crunchy texture, and the constituents all being house-made, we found ourselves being incredibly underwhelmed. We hurriedly paid our bill before tip-toeing out the door, the server busy on his phone no doubt reviewing his own performance on Yelp.